​“The stories we leave behind are the stories that create the future.”

Available at Amazon, Barnes and Noble & on e-books 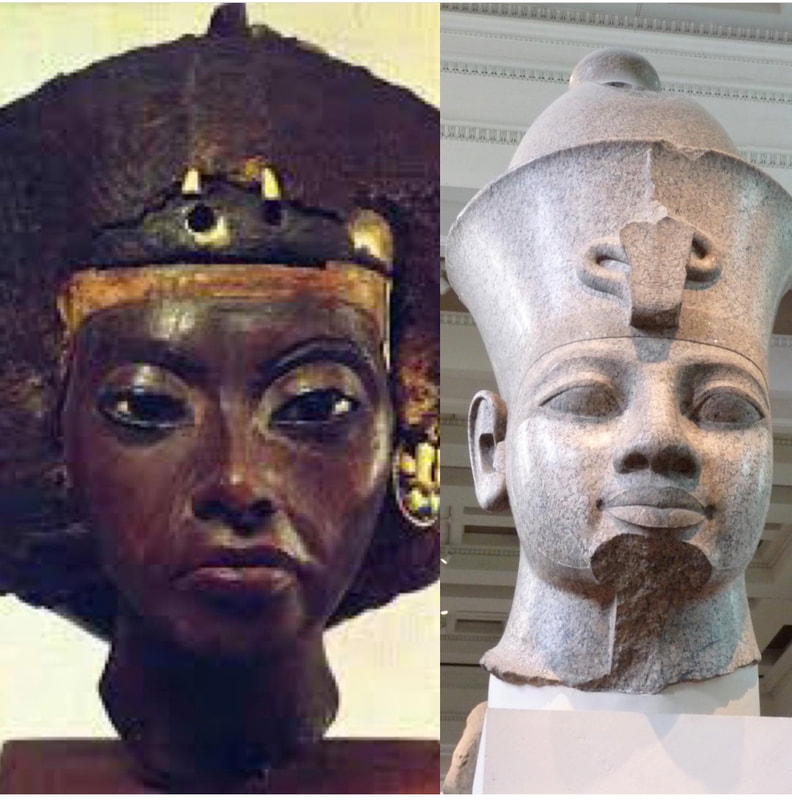 ​
Amenhotep III (1411 BC - 1353 BC) and Queen Tiye (1398 BC - 1338 BC), Pharaoh and Great Royal Wife of the Eighteenth Dynasty of the ancient kingdom of Kmet (Egypt)
​
Amenhotep ruled as the ninth king of the Eighteenth Dynasty of Kmet, a dynasty that lasted from 1549 BC to 1292 BC, and is considered the first dynasty of the New Kingdom of Kmet.
Amenhotep III’s rule lasted thirty-eight years, from 1391 BC to 1353 BC. His wife, Queen Tiye, whose title was Great Royal Wife ruled by his side until Amenhotep III’s death in 1353 BC. During their reign, Kmet saw years of peace with other kingdoms of the region and of great prosperity within the kingdom of Kmet. It was a period when Kmet reached its artistic and international power. 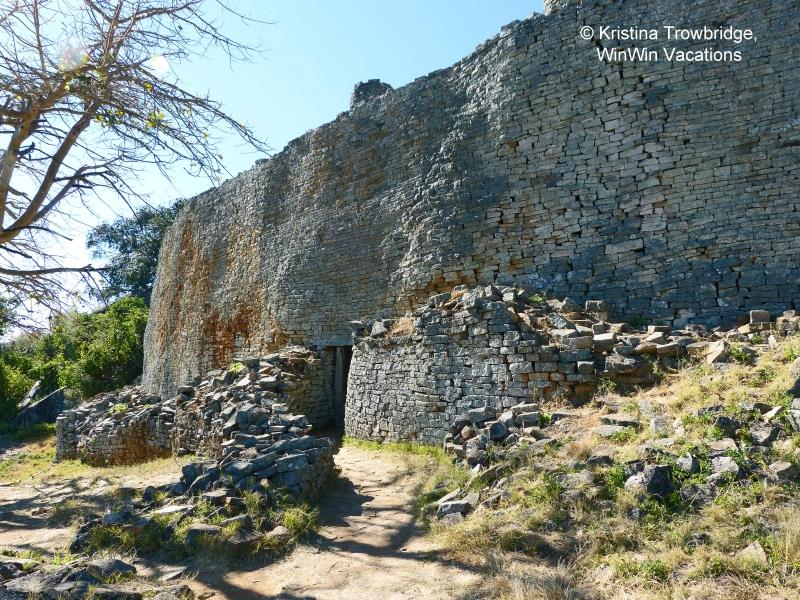 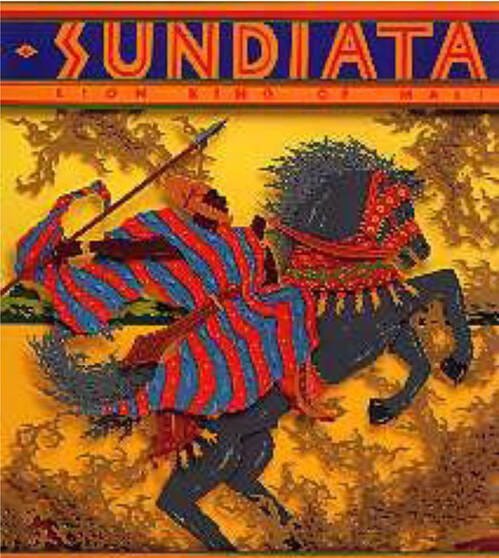 In 1235 AD, The Battle of Kirina was fought at this site, in which Sundiata Keita becomes 'The Lion King of Mali', by defeating King Sumumguru thereby establishing the Mali Empire. 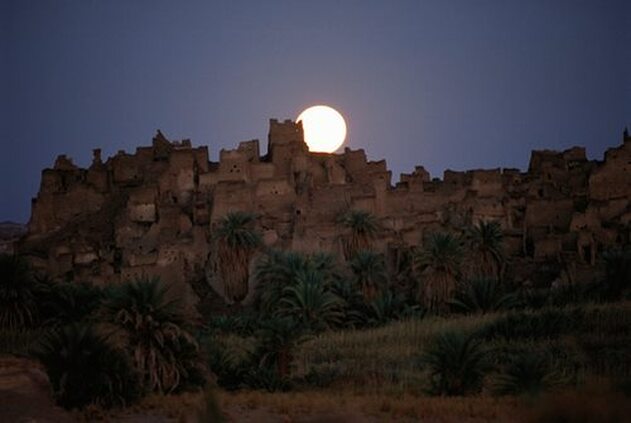 ​Djado (500 AD-?) A fortress city, Djado was important because of its location along what was the trade routes through the Sahara. It was a city in which commerce between ancient West Africa and much of the ancient world took place . Due to its trading of gold and other precious goods the city’s design was that of a fortress, high above the desert. It’s believed the city was built by the Kanuri people of the Kanem-Bornu empire. 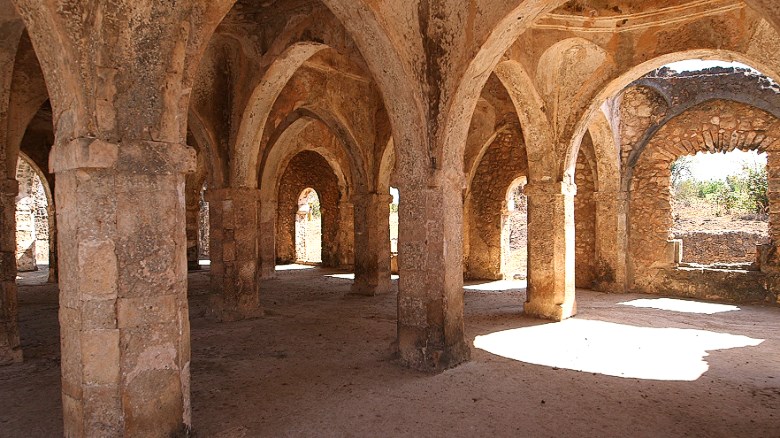 Kilwa Kisiwani (8th c. AD - 1600 AD) Kilwa Kisiwani was a Swahili city whose commerce with India, China, Europe, the Arabian Peninsula and with other cities in Africa brought it great wealth during the middle ages. 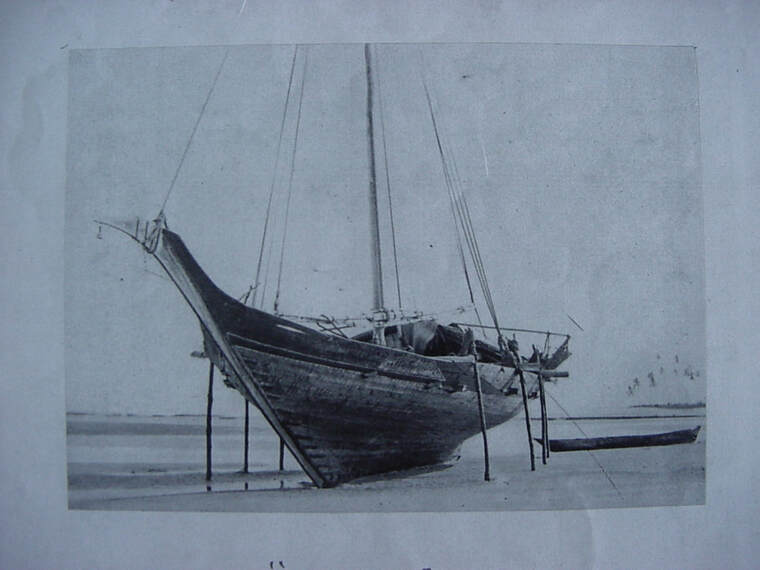 An 'mtepe' was one type of boat used by the early Africans of the Swahili Coast to sail the Indian Ocean between Africa and Asia as they conducted international trade. 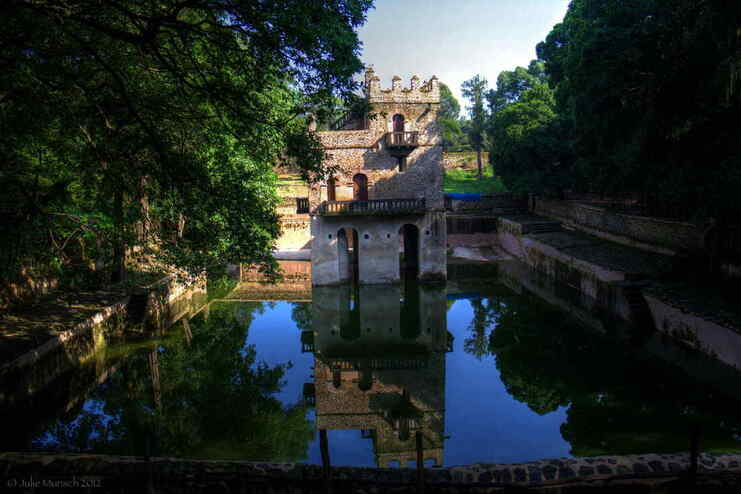 The pool at the castle built by Emperor Fasilides of Ethiopia (1603 AD- 1667 AD) The pool, known as Fasilides’ Bath was constructed around 1636 and served as part of the grounds that surrounds the castle. Today the pool/bath house still stands and is used for the Christian Eastern Orthodox celebration of Timket. 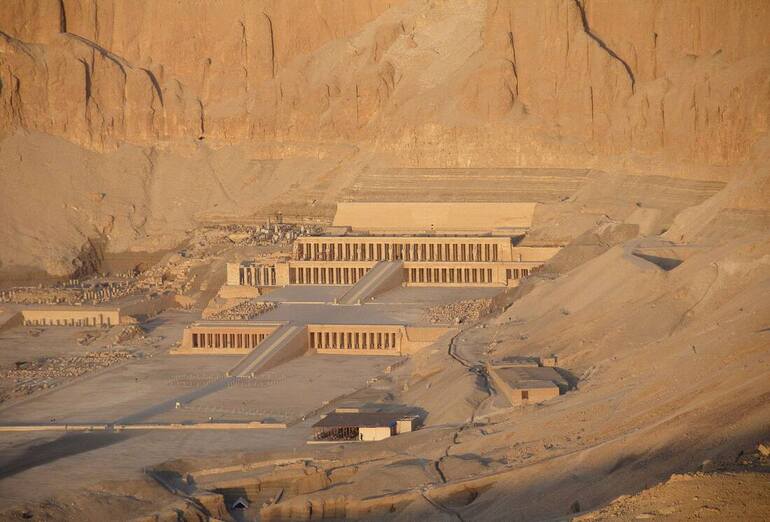 Wo’se (2055 BC-1077 BC) The ancient city of Wo’se was the capital of K'mt (ancient Egypt) during the periods of the Middle Kingdom and the New Kingdom. King Amenhotep III, one of ancient Egypt’s most influential rulers ruled from the city of Wo’se during his reign as the ninth king of the XVIII Dynasty. He ruled with his wife, Queen Tiye (photos busts of King Amenhotep III and Queen Tiye follows)
The Kiffian culture is one of the oldest cultures found in Africa.  The Kiffians are said to have lived some 3,000 years before the rise of Egyptian civilization (approximately 10,000 to 8,000 years ago).  The Kiffians, by their remains, appears to have been very tall and very muscular, yet their remains show them to have most likely have been a peaceful people who mainly herded cattle and lived off the catch of the surrounding waters in the Niger area of Africa (the Sahara wasn't a desert then).  After the Kiffian culture declined they were replaced by another group, the Tenerians, both preceding the rise of Egyptian civilization.  A really neat National Geographic/PBS documentary on the finds of these peoples here:  http://www.pbs.org/program/skeletons-sahara/ 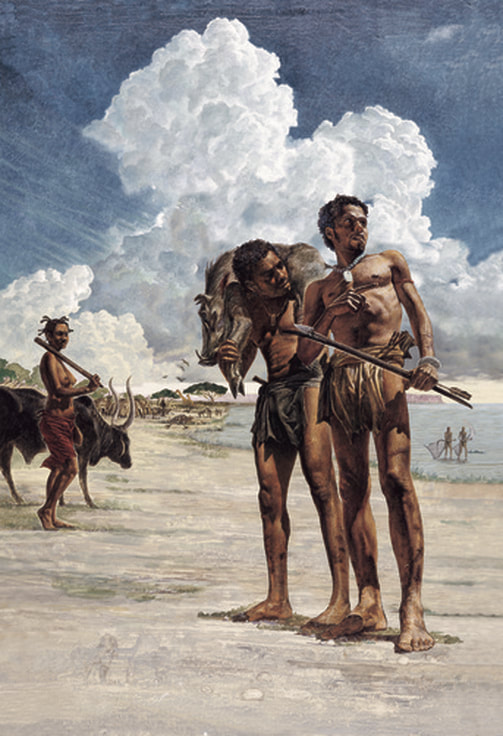 Zvongombe (1430 AD-1760 AD), was the capital of the Kingdom of Mutapa, and later the Mutapa Empire. The city, as well as the Kingdom of Mutapa was founded by Prince Mutota, royal prince of the Kingdom of Zimbabwe who set out to establish his own kingdom. Prince Mutota’s successor, Mwenemutapa Matope, extended the kingdom into a full empire that covered most of southern Africa from the Atlantic Ocean to the Indian Ocean. Much of the wealth of the empire was acquired through mining and trade of minerals (copper and gold) as well as other natural resources.